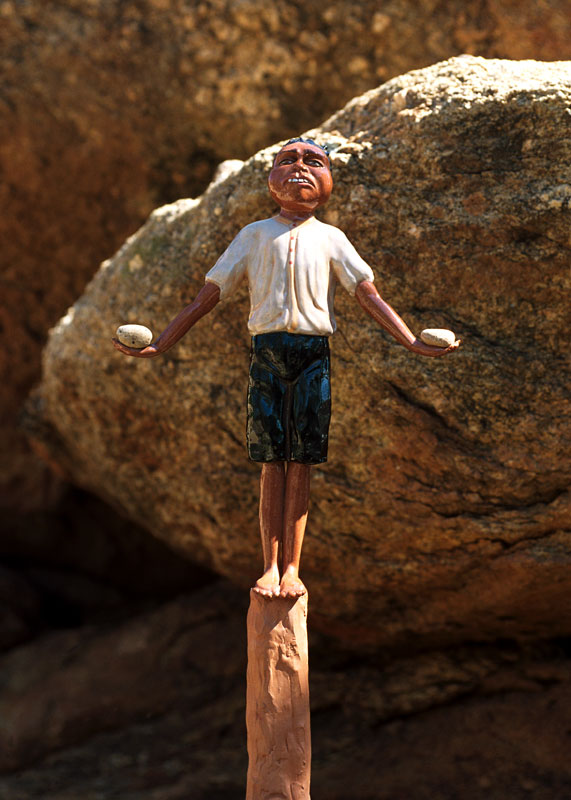 Herbie was stolen from his family during the Depression and taken hundreds if kikometeres away from his homelands to a government institution on the site of the Alice Springs Telegraph station. Like Uncle Bob Randall and the 100 other children there, Herbie was always hungry. One day he picked carrots from the garden and ate them before re-planting the tops. He was discovered and made to stand on a fence post for many hours holding two stones as punishment. His arms ached with the weight but each time they dropped with exhaustion he was flogged. A softly spojen, gentle man, Herbie recalled the gnawing hunger and cruelty he experienced as a child in a government institution.